in a descriptive essay an author

This is an old one (think 2006), but still cool. If this comparison picture had been created today, the Crysis rocks would look more realistic than the original picture. Of course, they would only run at 3 frames per second, but that’s besides the point.

So when i got the email from qbix about joining the “Best. Team. Ever.” site (and ensuing pod… i mean NETcast.. maybe.. hopefully), i was extremely quick to reply in the positive, yet after doing so, I wondered aloud (not really, because that would be weird… i was by myself) “hmm, i’m not really up on next-gen gaming. What would my place here really be?”. And, then it sort of came to me… i’m the proverbial “hard-core-gamer-who-turned-in-his-LAN-parties-for-dinner-parties guy”. Yeah, i went and got married and my time for gaming dropped faster than “President” Obama would if his motorcade rode slowly through Texas in a open top Cadillac.

But, then i thought this could be kind of cool. I could give the perspective of the casual gamer. The pop music version of my former self. The one who only hears about the big games and whatever gets marketed to me during prime-time TV and advertisements played between quarters/innings/halves of televised sports. Yes, i don’t even have an Xbox 360 (and wouldn’t THINK of getting a PS3!) and my PC needs an updating as about as much as Spanky’s choice of footwear (c’mon dude, hiking boots are so 8th grade…).

Regardless, I still watch XPlay, i’m subscribed to numerous G4 netcasts, faithfully (usually) peep my boys Kevin Rose & Alex Albrecht, and can’t go a half-day without my Google Reader – and many gaming-related – feeds. I pretty much know what’s going on in the gaming world – I LOVE gaming – but I just don’t partake as much.

That being said, I look forward to hopefully providing a different point-of-view on this here site. I may not be the most active gamer ever… 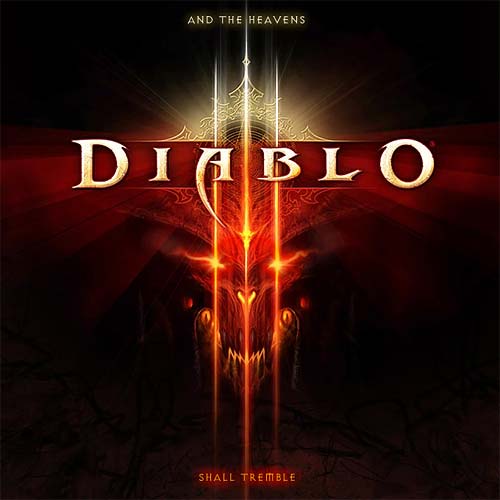 Today is a good day. I mean, need I say more about this announcement? If you played Diablo II, you should know how big this game is going to be. Regardless of the fact that it’s a PC game, I dare to say it’ll be one of the best selling games of all time. Oh and if you have a mac be happy to know Blizzard is releasing the game for you at the same time as it’s PC counterpart, which is too bad because it’ll only give fanboys more fuel to start a new set of flame wars on forums and tech blogs. No word yet about a Linux version.

Check out the official Diablo III web site for the complete nerdgasm.